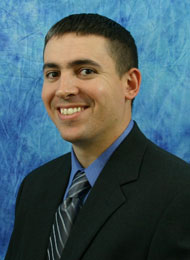 Paul M. Mayo is a Certified Registered Nurse Anesthetist (CRNA) for Associated Anesthesiologists, P.C.  Paul is a native of Broken Bow, Nebraska.  Paul completed his Bachelor of Science in Nursing at the University of Nebraska in 2000.  Paul then completed his anesthetist training at the University of Kansas Medical School in 2006, and soon after became a licensed CRNA in the State of Nebraska.   Paul is married and has two sons and one daughter.  His personal interests include biking, fishing, hunting, and he is an avid fan of the Nebraska Cornhuskers.  Paul has been with Associated Anesthesiologists, P.C. since February 2007.