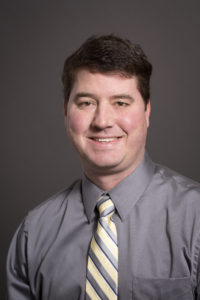 Matthew F. Hathaway is a Certified Registered Nurse Anesthetist (CRNA) for Associated Anesthesiologists, P.C.  Matthew is a native of Lincoln, Nebraska.  Matthew completed his Bachelor of Arts in Nursing at St. Olaf College in 1999.  Matthew completed his anesthetist training at the Mayo Clinic in 2006.  Matthew became a licensed CRNA in the State of Minnesota that same year.  Matthew continued employment with the Mayo Clinic until December 2016.  In 2016, Matthew became licensed in the State of Nebraska.  Matthew is married with 3 daughters.  Matt’s personal interests include watching his kids swim competitively, fishing, watching football and all Nebraska sporting events, as well as spending time with his family.  Matthew has been with Associated Anesthesiologists, PC since January 2017.