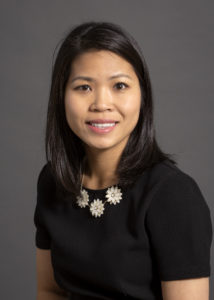 Duong L.T. Hoang is a Certified Registered Nurse Anesthetist (CRNA) for Associated Anesthesiologists, P.C.  Duong is a native of Lincoln, Nebraska.  In December of 2008, Duong completed her Bachelor of Science in Chemistry at the University of Nebraska, Lincoln.  Duong earned her BSN at the University of Nebraska Medical Center in May of 2011.  Duong went on to graduate from of the BryanLGH School of Nurse Anesthesia, receiving her Doctorate in Nurse Anesthesia Practice in May of 2020.  Duong became a licensed CRNA in the State of Nebraska that same year, 2020.  Duong enjoys learning to cook Vietnamese food and hanging out with her family.  Duong has been with Associated Anesthesiologists, P.C. since July 2020.